To compare the effect of Mobilization with Movement (MWM) and Manipulation in the management of lateral epicondylitis with regard to ache, grip power and functional activities.

20 patients presented with lateral epicondylitis (Tennis elbow) to OPD in Ziauddin Hospital (Clifton, North and Kemari campuses). They were enrolled for the purpose of research study after written informed consent. Subjects were erratically assigned into 2 groups, i.e. group A for MWM and group B for manipulation. All patients were examined before and after the treatment and then findings were evaluated. Pain was sedated by Visual analogue scale (VAS), grip strength was measured by hand–held dynamometer and functional activities’ outcomes were measured by forearm analysis questionnaire survey for lateral epicondylitis, by H B Leung et al 2004.

This study shows evidence to support the effectiveness of both approaches (MWM + Manipulation) for relieving ache, strengthening and functionality along with tennis elbow.

Lateral epicondylitis or Tennis elbow is an affliction and menacing onset of elbow ache during wrist extension, supination and pronation. The pain is aggravated by simply gripping in the hand, like as holding objects, shaking hands, and working out with pot. Morris (1882) has initially mentioned this problem and he called it as lawn tennis arm 1 – 3.

Tennis elbow impacts 1 – 3% on human population; simply 5% coming from all patients are witnessed to be recreational tennis players. It mostly happens within the fourth as well as fifth generations. Men and women prevalence is reported identically 75%, of which affected individuals are symptomatic within their main arms 4-6. Research directed by Verhaar7 disclosed that regarding age, between 40 to 60 years of ages there is 10% of women and 3% of men who get affected 8.

Brian Mulligan has freshly described manual therapy involvement in which therapist applied a passive mobilization to a joint and sustained it with simultaneous physiologic (osteokinematic) movement of the joint, which was actively performed by the patient, and passively performed by the therapist 10,11. The technique termed as “mobilization with movement” (MWM) is claimed to carry about rapid ache relieving effects and activities (like enhanced grip strength) immediately following their function 12. It had been found that MWM triggers reduced soreness, improves pain free grip strength (PFGS), and increases chance to bear resisted isometric wrist extension, moreover, 2 weeks of the treatment and 1 month follow up revealed full activity and the patients were free from the ache13,14.

For this purpose, the physiotherapist applied lateral glide on lateral side while patient flexed and extended the elbow. Even researches 10,11,15,16 have outlined that the reduced ache as well as enhanced proper grip strength soon after MWM is a cure for lateral epicondylitis.

for instance; tendon. It had been developed within an experimental way by manipulation and now utilized widely within rehabilitation practice 10,19-22. Starting position of individual is sitting down with elbow 900 flexion and forearm supinated. The therapist’s thumb is flexed 900, placed lateral to the lateral epicondyle. DTFM should be given in front of epicondyle; therefore, the individual brings his or her thumb onto anterior facet of the bone. The right location can be attained while just a smaller selection of movement is achieved (an interpretation of movements in the medial direction) and once the movement is prevented using a more challenging end–feel. Additional fingers work as fulcrum at the medial side of elbow. The actual active phase in the deep friction is interpretation of movement at the front end of the particular lateral epicondyle, together with force employed is medial/

downward route. DTFM is usually applied 10 minutes each day or at least after 48 hours due to painful hyperemia caused, to arrange the particular tendon for tricks17,18,19,21,23. Unfortunately, this technique has evolved as very agonizing although patient shouldn’t abduct the arm, nor thumb of therapist ought to be set way too high or far too flat. The physical therapist’s hand and patient’s skin move in a single model, if not necessarily subcutaneous fascia might lead to blister formation or bruising19 stimulates vasodilatation along with increased blood flow to areas. This could reduce irritants and improve the transportation associated with endogenous opiates, resulting in diminished pain throughout.

Mill’s manipulation is the commonest technique used by physiotherapists 19,20,24. It is convinced that manipulation should be performed directly following DTFM so long as the patient features a complete

The position of patient is sitting and therapist stands at the back, the person holds the affected arm of patient in 900 abduction using internal rotation in order that the olecranon is pointed upward. The

therapist flexes the wrist; pronates the forearm with one hand while other hand is placed on olecranon process. Although keeping the wrist in flexion and pronation the physiotherapist delivers low amplitude, high velocity thrust by the end range of elbow extension.

This kind of exercise is usually accompanied only at every therapy session because it is not at all a relaxed technique to sufferer, and the issue of therapy frequently turns into fully apparent within the following week 17,18,24.

Study was conducted in Physiotherapy OPD in Ziauddin Hospital (Clifton, North and Kemari campuses) and also in Ziauddin college of Physical Therapy.

Duration of the study

A sample of 20 patients was included in the study. Sample size calculated through open Epi calculator.

The outcome measures are:

Subjects were randomly assigned into 2 groups.

10 patients received MWM. Patients were instructed to lie supine with elbow extended and forearm supinated on the treatment table. The therapist stabilized distal part of humerus, mobilizing hand at the proximal radius to apply lateral glides from lateral border of 2nd metacarpal then the patient was instructed to move elbow in extension and flexion. MWM was applied with sustained pressure of lateral glide up to thirty seconds. It was done for three sets with thirty seconds rest time at every alternate day (3 times a week) for 4 weeks.

10 patients received Manipulation. DTFM and mills manipulations were applied on Lateral Epicondyle at every alternate day (3 times a week) for 4 weeks.

The patient sits with elbow in 90o flexion and forearm supination. The examiner’s thumb is in 90o flexion, with the pad of the thumb lateral to the lateral epicondylitis. The DTF has to be applied at the anterior of the LE with force applied in a medial/downward direction. DTF can be requested 10 minutes so that desensitizing effects occur to arrange this tendon for mills manipulation.

Mill’s manipulation executed instantly after the DTF. Patient is in sitting position with backrest; therapist stands posterior to the patient. The arm of patient is in 900 abduction, internal rotation and forearm pronation. The therapist hold the patient’s wrist in full flexion, the other hand is placed over the olecranon although maintaining the full flexion of the wrist and pronation of the forearm, the therapist gives thrust at the end range of extension of the elbow joint.

The purpose of this study was to compare the effect of Mobilization with movement (MWM) with exercises Vs Manipulation (DTFM and Mill’s manipulation) to minimize pain and improving the grip strength and functional status of the involved extremity as a result of Lateral Epicondylitis. A total of 20 patients were randomly 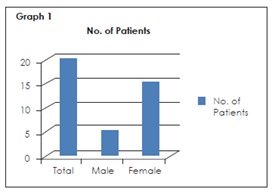 selected and divided in to 2 equal groups including 5 males and 15 female patients as shown in graph 1. 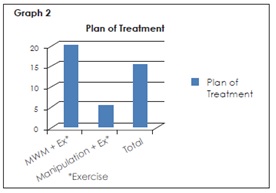 – Value < 0.05. Table 1 showed that the improvement in both pre and post VAS in group A and group B with both treatment methods were same.

In this study we compared the effectiveness of mobilization with movement (MWM) with exercises and Manipulation with exercises to reduce the pain, improve grip strength and improved functional activity in lateral epicondylitis. After fulfilling the inclusion criteria, 20 subjects were assigned in 2 groups i.e. 10 Subjects in group A received mobilization with movement (MWM) with exercises at every alternate days (3 days a week) for 4 weeks. 10 subjects in group B received Manipulation with exercises at every alternate day (3 days a week) for 4 weeks. Gender wise distributions of groups are randomly assigned in 5 males and 15 females to avoid the biasness.

After 4 weeks of treatment group A and group B were compared through assessment tools, VAS and hand grip dynamometer as an outcome measure for pain and pain free grip power in LE patients.

In this study the age groups were mostly found between the 20 to 50 years. Dimberg23 concluded in his study that the incidences of lateral epicondylitis are increasing with advancing age.

In this study, Manipulation (DTF and Mill’s manipulation) was used to treat patients with LE in which this plan of treatment was prescribed for 3 times per week for 4 weeks periods. Results of this study suggested that patient had pain relief and improved hand grip strength which was considered statistically significant. This study supports the results which were obtained in similar studies done by many Authors24-26 where Manipulation is used for patients with LE.

Cyriax, Stasinopoulos D, Stasinopoulos I suggested that DTFM treatment plan should encompass 10 minutes almost alternate morning or at least within 48 hrs. DTFM needs to be personalized by good patient’s verbal explanation of pain and also good ‘objective’ examination by therapist regarding selective tissue strain. This kind of advice was just followed in the treatment method, which could actually identify the true purpose for muscles related results to additional scientific tests. Stasinopoulos D, Johnson M I right after their particular broad study upon Manipulation provides DTFM along with Mill’s manipulation would be wise to possibly be given in combo to the affected individual along with LE rather than any method on its own. This particular recommendation through several writers was being powerfully considered in our study exactly where DTFM along with Mill’s manipulation was used in combination on affected individual along with LE rather than deciding on individual manual technique26.

Stasinopolous D performed a study on exercise program and concluded that stretching exercises and eccentric exercises are effective in the treatment of lateral epicondylitis27. Abbott JH27 did a work which includes 45 subjects with LE which concluded that MWM is a promising intervention modality pertaining to dealing with affected individuals with LE, allowing 92% of subjects to achieve in the past painful movement to pain free, as well as improving grasp power promptly later.

In case report explained by Vicenzo & Wright28, raised in functional activity immediately after mulligan’s technique. As in many cases, ache would be the key of which limit the actual functional activity within people along with LE. Simply and efficiently by treating pain, MWM furthermore allows you to strengthen the opportunity to achieve daily functional activity.

Geetu as well as Deepak29 confirmed that MWM induced a significant increased in muscle strength.

In this study, we were used 2 treatment methods on the parameters of pain in VAS and grip strength using hand held dynamometer respectively, it were showed that reduced in pain and increased in grip power by given MWM & Manipulation with exercises in group A & B, there were significant improvement in both groups after treatment. Hence, there was no significant difference in the effects of both treatment methods.

The results have been kept secret. Agreement was drawn by the ethical review committee along with prepared permission from the patient and the purpose of the research was explained before conducting the research.

[25] Dimberg L. The prevalence and causation of tennis elbow (lateral humeral epicodylitis) in a population of worker in an engineering industry. Ergonomics. 1987;30(3):573– 579

[28] Vicenzino B, Wright A. Effects of a novel manip-ulative physiotherapy technique on tennis elbow: a single case study. Man Ther A. 1995;1:30–35