The physical well-being of healthy young adults is important not only for themselves but also to the community1. Routine physical exercise is important for the mental and physical health of individuals. Because of its well established benefits, physical activity is expected to be an integral part of one’s life2.The ability to recognize the body positions and its movements is collectively known as Kinesthesia3.

Proprioception is an integral part of kinesthesia. It is important not only in preventing trauma but also in enhancing the performance of highly complex movements. The power and strength in muscles is of slightest value if the muscles fail to activate on time, as this timely activation is important in protecting the muscles themselves, joints and even other muscle groups4.

A large number of studies have shown that the performance of sensory organs can be influenced depending on the kind of activity undertaken, joint laxity, vibration of tendons, swelling in and around the joints, gender, any disease affecting joints, muscles or tendons, neuromuscular insufficiency and muscle fatigue5,9.

Muscle fatigue is generally followed by the failure of a muscular tendon to sustain the contraction. Similarly, fatigue may also be described as the powerlessness of a muscle to sustain a certain load and incapability of controlling the activity at a particular level11. Recent research has concluded that a decline in proprioceptive sensations in response to decreased joint12 and muscle’s receptors function might appear with the occurrence of fatigue. It is suggested that this decline in joint position sense might result in increased joint and musculotendinous injuries13,14. In comparison of the recommendations, suggesting that proprioception is affected by fatigue, another study concluded that there was not any significant decline in knee joint proprioception after performing 20 maximal isokinetic contractions of quadriceps in sedentary females15. Alternatively, other studies have concluded that isokinetic exercise till fatigue affects joint position sense considerably16,18. Furthermore, it was determined that sub-maximal intensity physical work to fatigue diminishes the awareness of proprioception, that in turn can cause altered motor coordination and joint position sense. Therefore, the objective of current study is to evaluate the effects of different levels of activities on the reproduction of proprioception sensing on the knee joint.

A quasi-experimental study was conducted from April 2nd, 2019 to July 28th, 2019. Sixty participants (N = 20*3 groups) were included in the study. The study setting was Bakhtawar Amin Memorial Trust Hospital, Multan. A convenience sampling technique was used for collection of data. Healthy males were included in the study, aged between 19 and 24 years with Body Mass Index between 18.5 and 25. The subjects without pain and discomfort in knee joint were enrolled in the study. Those having no active participation in regular sports for the last six months and those with no underlying neuromuscular and musculoskeletal pathologies were enrolled. Whereas the individuals with previous knee surgery, gross knee instability, red flags suggesting knee pathologies, cardiopulmonary conditions, tumor, infections, fracture and subjects with a history of soft connective tissue trauma were excluded from the study.

The subjects were asked to move their lower legs from the starting position to the target angle with the use of CPM with the knee flexed to 20 degrees to 40 degrees. The knee joint complex was passively encouraged to move at 2 degrees per second at predetermined target position, and then again reaching the start position.  Three familiarizing trails were given beforehand the data were collected. The remote of the CPM machine was handed to the subject, so that he could passively move his knee joint from the starting position to the target position at his own will. The subjects were asked to press the stop button when the target degree movement is achieved. After recording the data, subjects in each of the three groups performed their respective physical activities. The knee joint position sense was again assessed immediately after the prescribed physical activity. The same protocol was followed for measuring joint position sense as was done before the physical activity.

Data was analyzed using SPSS 21. The normality of data was checked by Kolmogorov Smirnov test, and the data did not lie normally. So, a non-parametric test was used to compare the means of the data. P value less than 0.05 was taken significant. Comparison of means at different angles of flexion before and after physical activity was depicted through bar charts. 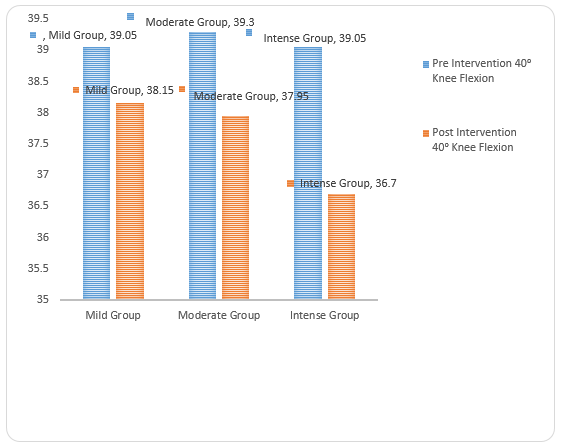 Graph 1: Comparison of Means at 40 degrees of Knee Flexion before & after Physical Activity 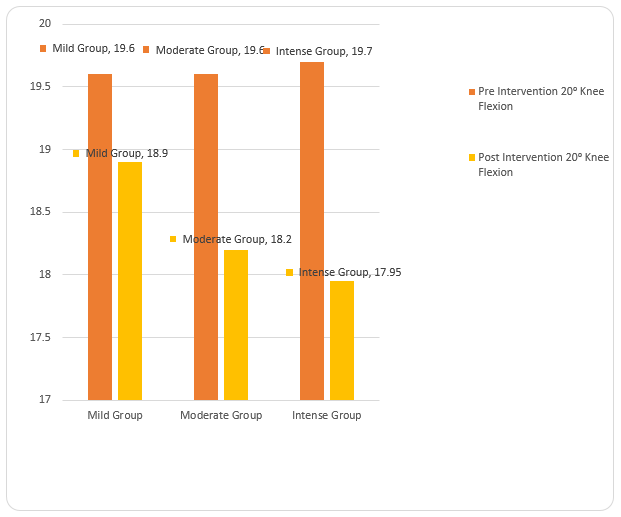 Graph 2: Comparison of Means at 20 degrees of Knee Flexion before & after Physical Activity

Earlier studies have targeted young and sedentary adults for participation in the study, the subjects have never been involved in any type of sports activity for last years. The neuromuscular coordination of lower extremity is compromised and the stability of the knee joint is also not well established targeting the proprioceptive awareness negative. Fatigue is the main reason for reducing the athlete capabilities and making them prone to injuries21. These previous findings have been in accordance with the current study. Previous literature has also quoted decreased joint position sense decreases proprioception and all this is initiated with the onset of fatigue22, 23. The methodology section of some previous literature in the terms of instruments and interventional techniques was in accordance with the current study. However, this study investigated the effects of various physical activities classified according to the Metabolic Equivalent Task. The previous literature has not compared these different activity levels in a single study.

A study was conducted to evaluate the effects of warm up exercise and fatigue influence on the joint position sense of soccer sports players. The values were assessed at rest, after warm up and finally after a full competition match on the perceived exertion scale. The results of the study showed that joint position sense was markedly improved by warm-up exercise immediately before the competition whereas fatigue component after the match decreased the joint position sense. The harmful effects of high intensity activity related fatigue also contribute to the knee instability, trauma and injury24. These results agreed with the results of our study, which reported that with the moderate and intense physical activity, joint position appreciation is significantly decreased.

It is recommended for future researches to get their focus on an exercise related protocol which produces increasing levels of exertion that most likely replicate sporting activities and athletic actions. Further studies can also compare the physically active individuals with sedentary adults to investigate the relationship between the variables.